Ni-JU is a tile laying game by Nestor Romeral Andres. This new edition is based on yojijukugo, japanese four characters proverbs. 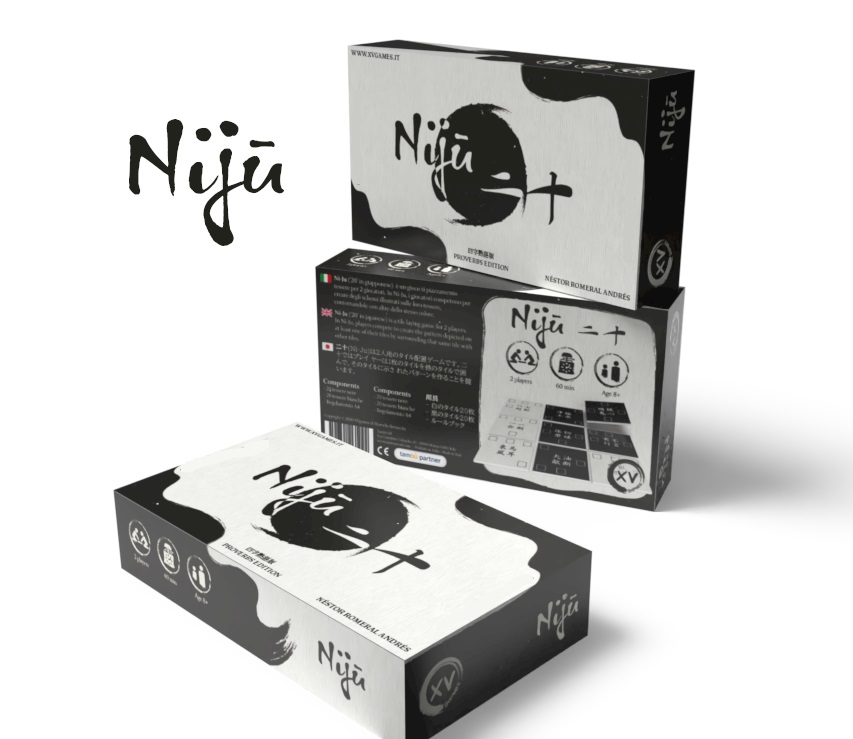 Attention: this tile has been printed ,in both colours, with an additional square on low-left position. You can keep it, as it doesn’t make the game unbalanced, just harder. Or you can cancel it from both tiles to restore the original gameplay. Otherwise you can download the correct tiles here and print them correct tiles

Yojijukugo (Japanese: 四字熟語) is a Japanese lexeme consisting of four kanji (Japanese characters). It is equivalent to the Chinese chengyu.
The definition of yojijukugo is somewhat murky since the Japanese word jukugo (熟語, literally “ripe/mature/popular word”) can linguistically mean “compound”, “idiom”, or “phrase”.
Yojijukugo in the broad sense simply means any Japanese compound words consisting of four kanji characters. In the narrow or strict sense, however, the term refers only to four-kanji
compounds that have a particular (idiomatic) meaning that cannot be inferred from the meanings of the components that make them up.

１２ 十人十色 じゅうにんといろ JūninToiro – several men, several minds; everyone has his own ideas and tastes